China Is Quickly Becoming an AI Superpower (by @singularityhub)

Propelled by an abundance of government funds, smart infrastructure overhauls, leading AI research, and some of the world’s most driven entrepreneurs, China’s AI ecosystem is unstoppable. 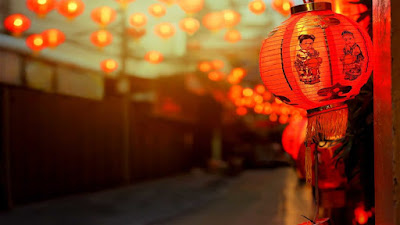 As discussed by Kai-Fu Lee in his soon-to-be-released book AI Superpowers, four main drivers are tipping the balance in China’s favor…

1. Abundant dataPerhaps China’s biggest advantage is the sheer quantity of its data. Tencent’s WeChat platform alone has over one billion monthly active users. That’s more than the entire population of Europe.

2. Hungry entrepreneurs empowered by new toolsFormer founder-director of Google Brain Andrew Ng noted the hunger raving among Chinese entrepreneurs: “The velocity of work is much faster in China than in most of Silicon Valley. When you spot a business opportunity in China, the window of time you have to respond is very short.”

But as China’s AI expertise has exploded, and startups have learned to tailor American copycat products to a Chinese audience, these entrepreneurs are finally shrugging off their former ‘copycat’ reputation, building businesses with no analogs in the West.

3. Growing AI expertiseIt is important to note that China is still new to the game. When deep learning got its big break in 2012—when a neural network decimated the competition in an international computer vision contest—China had barely woken up to the AI revolution.

But in a few short years, China’s AI community has caught up fast. While the world’s most elite AI researchers still largely cluster in the US, favoring companies like Google, Chinese tech giants are quickly closing the gap.

Already in academia, Chinese AI researchers stand shoulder-to-shoulder with their American contemporaries. At AAAI’s 2017 conference, an equal number of accepted papers came from US- and China-based researchers.

Within two months of the AI’s victory, China’s government issued its plan to make China the global center of AI innovation, aiming for a 1 trillion RMB (about $150 billion USD) AI industry by 2030.